Northern Ireland has seen the second biggest increase in average house prices across the UK over the last five years.

International payment experts RationalFX compared average house prices from February 2016 to February 2021 across more than 400 areas of the UK.

With an overall 24 per cent increase, NI comes in second behind Wales, where there has been a price increase of 26 per cent since 2016.

The study has also revealed what areas of Northern Ireland have seen the biggest increase in average house prices in the past five years.

Newry, Mourne and Down are closely followed by the Causeway Coast and Glens area with an increase of 31.84 per cent, and Derry City and Strabane, which saw an increase of just under 29 per cent.

Mid Ulster sits at the bottom of the list, with the lowest rise of less than 15 per cent. It is joined by Ards and North Down with an 18.7 per cent increase, and Armagh City, Banbridge and Craigavon with an increase of less than 20 per cent.

Across the UK, properties have seen an overall increase of nearly 22 per cent. 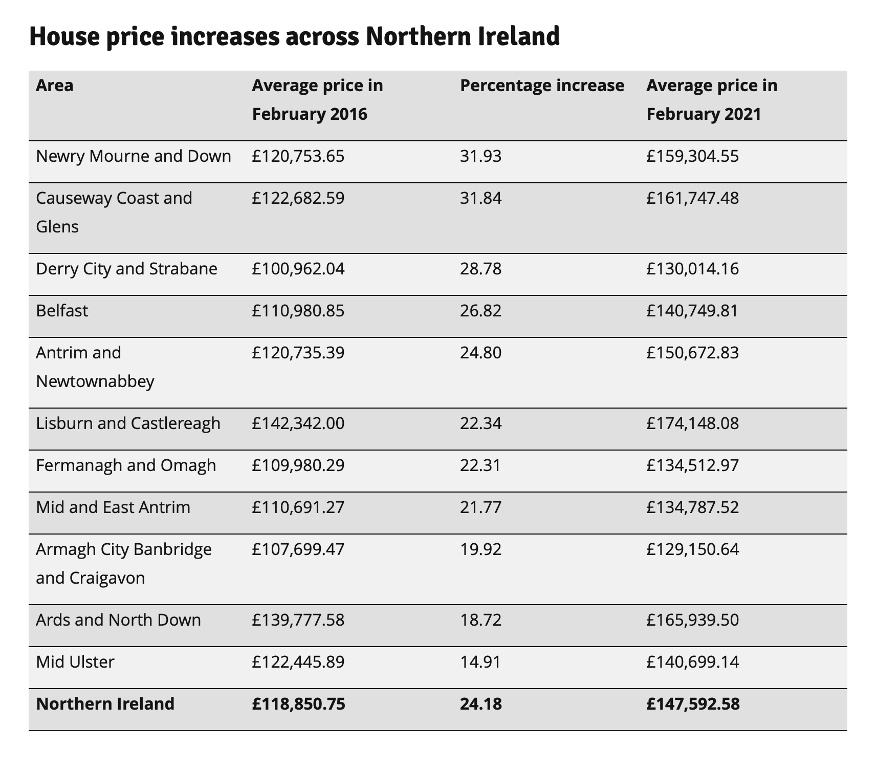