We have given £1,000 to Glentoran 2010 Colts Football team to purchase their new kit.

The green and red Nike kit brandishing Hagan Homes’ logo will keep the boys looking their best as they undertake their next challenges of the season.

The generous donation also went towards new equipment for the team’s training days to buy new cones and footballs and the coaches have also used the money towards team bonding trips such as 10 pin bowling.

The kit has been worn by the team, which includes 11 and 12 year old players, during what has already been a very competitive season.

The Colts have come out successful as the soccer season draws to a close. They played phenomenally in a challenging section of the South Belfast Boys League and reached the semi-final of the Northern Ireland Football Association Cup.

The key event for the players this season was winning their South Belfast Youth League Cup Final at Danny Blanchflower Stadium.

Jim Burke, Director of Sales and Acquisitions, said: “We are delighted to support the Glentoran 2010 Colts Football team this season, supporting them during some of their most challenging tournaments to date.

"We have community at the heart of everything we do and that mantra extends beyond choosing the ideal location for our developments, it’s about supporting everything in each vicinity to help enrich communities; from grassroots sports teams and schools, healthcare settings and more.

“We know the true value sports has on a community and the wellbeing of its participants and it is an honour for us to help play a part in that.”

Chris Boucher, coach for the Glentoran 2010 Colts football team said: “We are immensely grateful to Hagan Homes for their sponsorship. It is a vital part of allowing grassroots football teams to function and without it we would struggle to provide the team with everything that they need. Thank you Hagans." 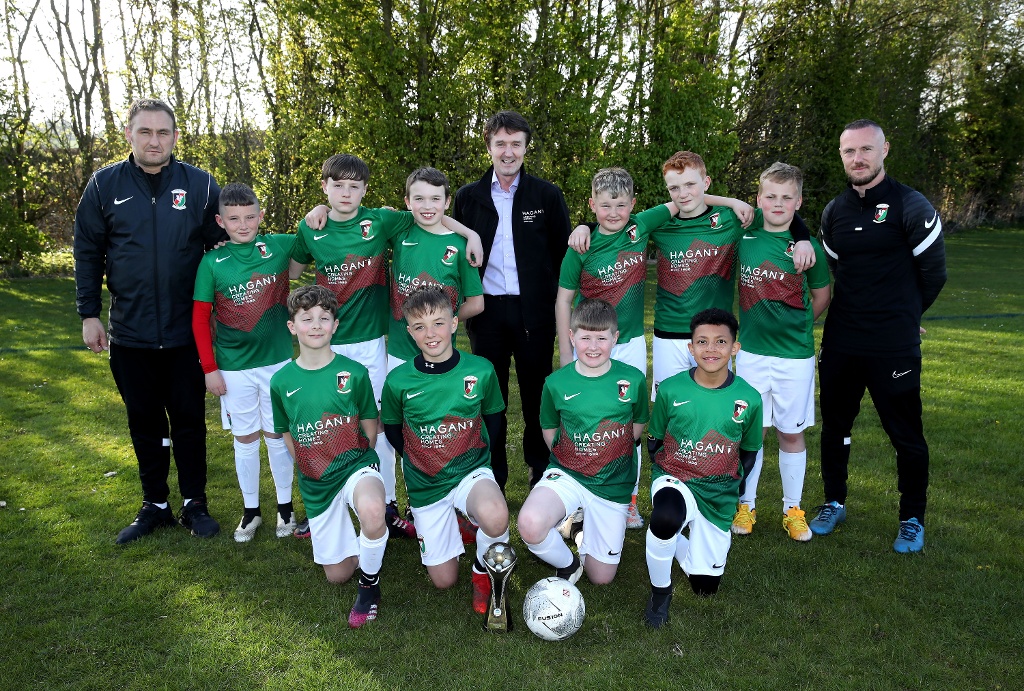